The more news I get from across the ocean, the more I tend to let fear choke me. Good or bad news, it makes no difference really. My mind runs with it and my thoughts spiral in never ending circles of questions and plans and scehemes and a multitude of "what ifs". I lay down at night exhausted, and I wake up feeling even more emotionally spent. In my dreams I'm always going back. As I'm packing my bag, or arriving at the airport, or sometimes even after I've tasted one glorious day there, someone tells me I have to stay here in America. And my heart sinks and I know its true. I wake up to a dream like world where I can't see my little one anywhere. And I fight the tears and sometimes I just let them come and don't care who sees.

This is a choice I make. This fear and these thoughts running in never ending circles through my head. I want wisdom. I want God to tell me what to do. Stay here. Go back. Always I'm fighting but I don't know how and I want God to show me. But most often He asks me to wait. He leaves me in the dark, and sometimes I beat on the door and scream but it does no good and it only tires me out. God is here with me, in the dark. He has never left. And when I'm too worn out I let go again. Choose to trust again. And rest in Him, again. This is the only choice He leaves me with- trust. And I don't know why I so often forget. I have to be surrendered. All the obstacles that I see, they can only be removed by God. He is our miracle worker. [just now my mom drops a piece of mail next to the computer. The envelope reads "I have made you...I will not forget you." -Iaiah 44:21]

Last night I opened Spurgeon's morning and evening to the next page in April. It is about fear. "By thy power, O blessed Spirit, my heart shall be exceeding glad, though all things should fail me here below." This is what I want to be. Excceding glad, even when all my plans and schemes fail me. Freed from fear when I choose to trust and to believe that God is still in control.
Posted by *twins* at 11:29 AM No comments:

"On November 10, 1775, a Corps of Marines was created by a resolution of the Continental Congress. Since that date, many thousand men have borne the name Marine. In memory of them, it is fitting that we who are Marines should commemorate the birthday of our Corps by calling to mind the glories of its long and illustrious history."--John A. Lejeune, 13th Commandant of the United States Marine Corps, November 1st 1921.

My Facebook newsfeed this last week has been filled with great pictures of various friends I've made in the last year all dressed up in their formal gowns and "dress blues", going out to celebrate the 236th birthday of the Marine Corps.

I love this side of the Marine Corps--the heritage and traditions, the celebration of courage and sacrifice, faithfulness, brotherhood. The birthday ball is a night to remember these things with honor.

90 years ago Lieutenant General Lejeune directed that "a reminder of the honorable service of the Corps be published by every command, to all Marines throughout the globe, on the birthday of the Corps."

So they do. Marines are good at following orders. Every year, every unit hears Lieutenant General Lejeune's "birthday message" even in combat zones.

This was only my second ball, still trying to get used to mingling with mostly strangers, this year in a crowd of about 450, and connecting faces with all the names and stories my husband has shared with me the past four months.

The Commandant's message was great. The Marine sharing Lejeune's message knew it by heart and delivered it beautifully. The guest of honor was engaging. We had part of the US Marine Band and bagpipe players, kilts and all. And we had all the right people at our table, thanks to knowing one of the event organizers.
Sometimes I feel like maybe I'm starting to get a little broken in to this whole business of being a Marine wife.
Posted by *twins* at 5:11 AM No comments: 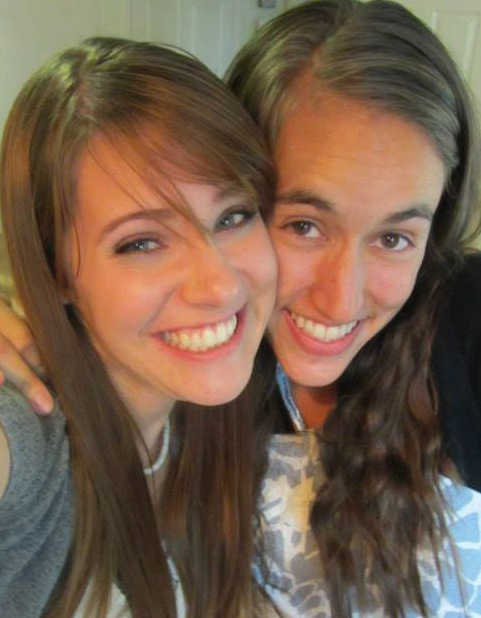 *twins*
Mary-I'm a Marine wife, mother to our three little munchkins. Just now our family calls South Carolina home while we explore little bits of the world, one duty station at a time (and if home is where the heart is, I belong all over)

Alanna-I am a wife, mom to two, daughter, sister, cousin, friend. We currently live in Colorado but hope for farther reaches of the globe. I love Jesus and He has blessed me more than I can express.

God brought us into each other's lives twelve years ago. We have a knack for thinking the same thoughts and laughing over things that nobody else thinks are funny. We share a love of starry nights, old books, and all things chocolate. A lot has changed since we first met, but through it all God has been faithful. We want to recognize His work in our lives and praise Him for it through all the changes that lie ahead.